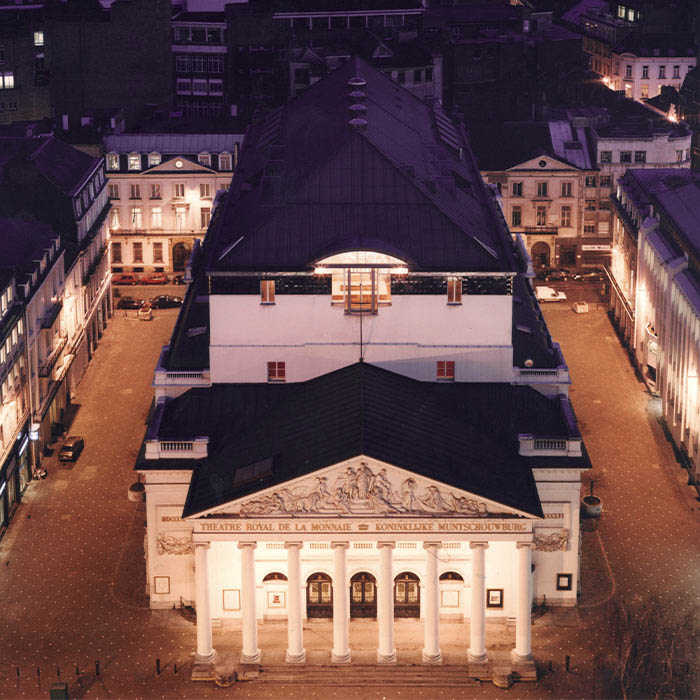 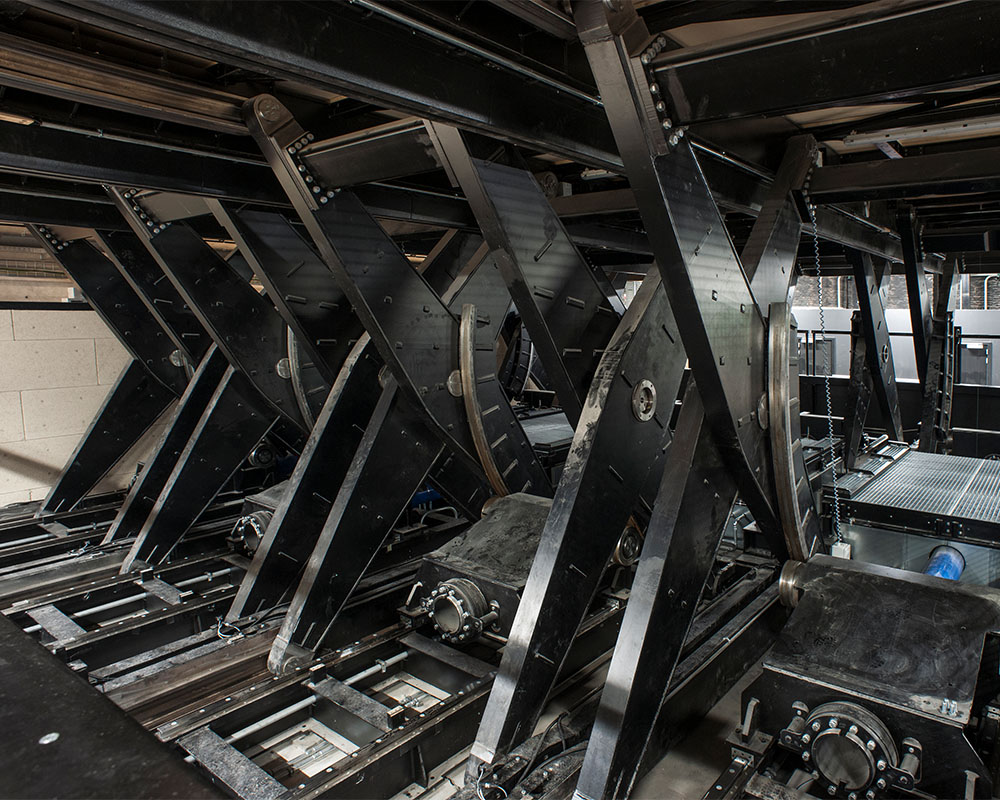 Not only in the 18th century the Théâtre de la Monnaie had a reputation of being one of the most beautiful theatres in Europe. Also, today it can still be found at the top of the list of beautiful opera houses and theatres in Europe. With its noble and admirable façade, architecture and interior equipment is the opera one of the most important and impressive landmarks in Brussels. A building, precious as the Théâtre de la Monnaie, should be in a top condition and was therefore renovated in 2017.

Already in advance platforms were assembled in one of Waagner-Biro Stage Systems’ factories for the FAT (Factory Acceptance Test). As established in the tendering stage the platforms were delivered fully assembled after the acceptance test. Each platform is 14.4 x 2.6 m, with a 3 metre hub, and with a pure steel construction weighing 30 tonnes. Although the transport was contracted separately by the client, Waagner-Biro Stage Systems prepared detailed calculations, specifications and sketches for it since the platforms also needed to be rotated. To prevent any distortion and damage due to the rotation and insertion Waagner-Biro Stage Systems additionally constructed lifting beams and therefore ensured an arrival in perfect condition. In September 2017 the client and Brussels had a reason to celebrate – the renovation was completed, the project handed over and an opening was celebrated.