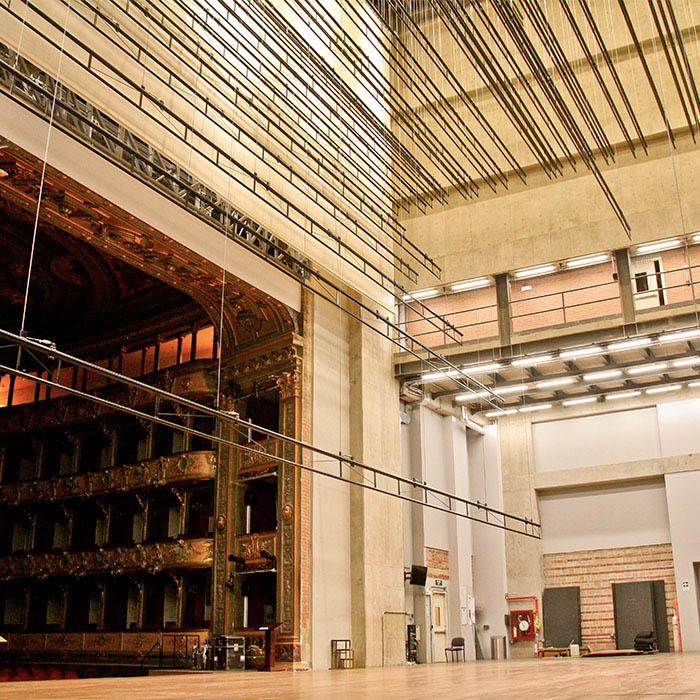 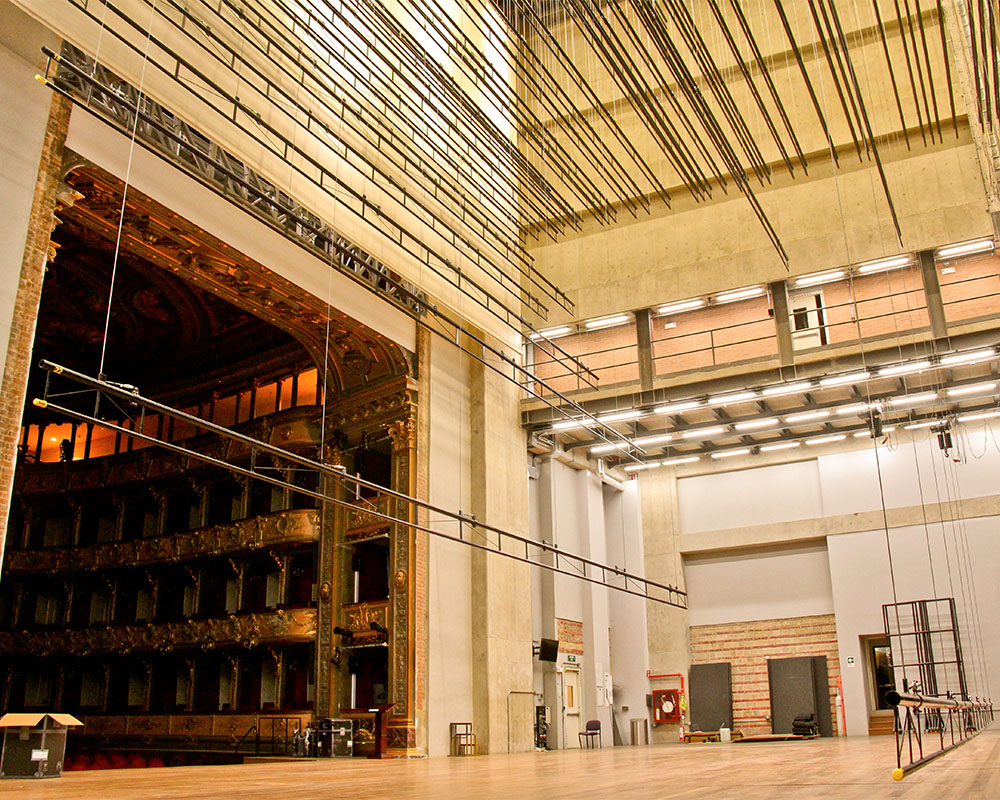 The Teatro Colón in Bogotá, named after Christopher Columbus, is Colombia’s national theatre. It was inaugurated in 1892 on the occasion of the 400th anniversary of the discovery of America. During general refurbishment in recent years, the stage tower was enlarged and heightened.

This was followed by an international competition for replacing the technical equipment of the upper stage machinery, in which Waagner-Biro Stage Systems prevailed over local and international competitors. The project focused on the replacement of the complete upper stage machinery including design, manufacture, supply, installation monitoring as well as commissioning of 55 fly bar hoists, 10 chain hoists and three point hoists.

During the design phase, Waagner-Biro Stage Systems also made provisions for a possible future extension of the system. The upper stage machinery is controlled by the C⋅A⋅T control system. Installation commenced on the 29th of May 2015, and completion as well as handover to the client was in July 2015.