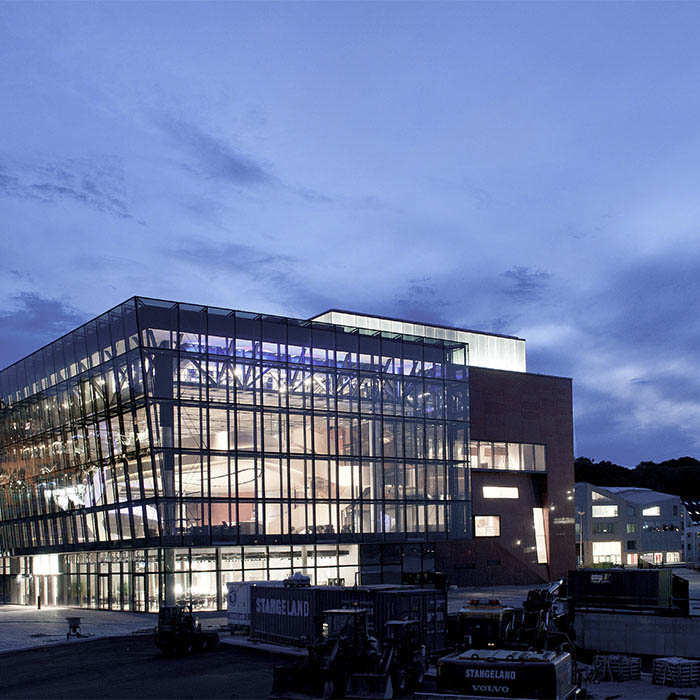 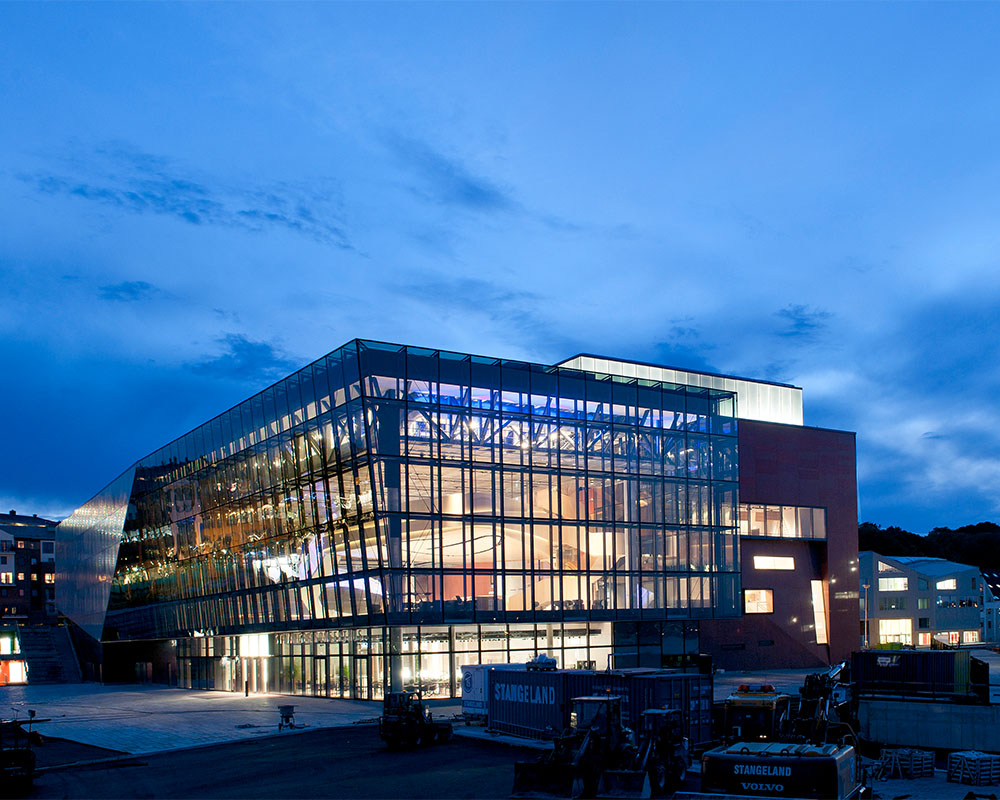 The new concert house in Stavanger, inaugurated in September 2012, consists of two concert halls separated by a footpath. The red concrete box with its natural acoustics is a concert hall suited to the repertoire of symphony orchestras, while the glass box is a multi-purpose hall for louder rock and jazz concerts.

These two complementary halls were designed so as to allow for a classical concert to be performed in one hall and a rock concert to take place in the other at the same time. With adjustable reflectors in form of a “cloud formation”, the volume of the hall can be adapted to the actual concert situation. The concert hall is equipped with 20 orchestra lifts, eight movable ceiling elements, 11 winches for acoustic reflectors as well as curtain systems.

The multi-functional hall can be used for theatrical performances, musicals with a fully equipped platform and orchestra pit, as a viewers rank and gallery, or as a flat hall with a stage for rock and pop concerts. It can also be used as a hall with seats and a podium for conferences etc. This hall is equipped with 20 scissor podiums at the back of the stage, six orchestra platforms, three “Spiralift” platforms, six telescopic seating blocks, chairs and 48 hoists in the upper stage machinery. In total, Waagner-Biro Stage Systems integrated 205 adjustable axes into the C⋅A⋅T control system.