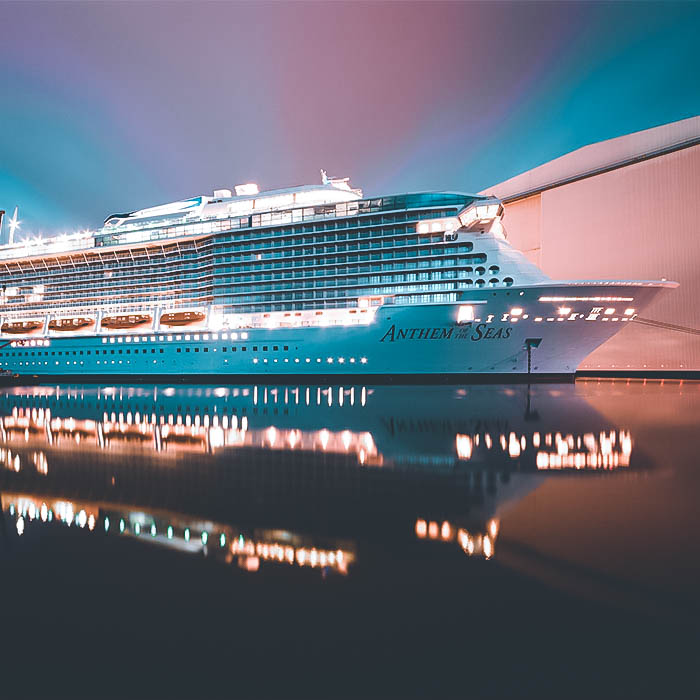 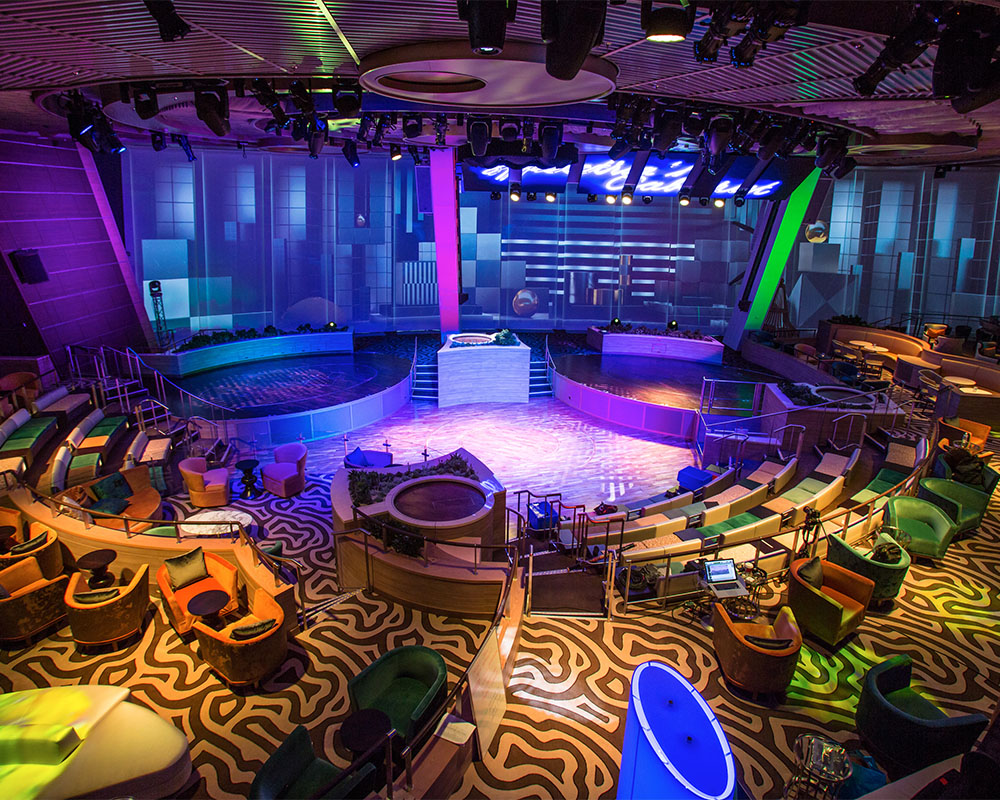 RCI - Spectrum & Odyssey of the seas, Ovation, Quantum & Anthem of the seas

With a length of 335 m, the ‚Quantum Class‘ is the biggest cruise ship ever built in Germany. Two of the most attractive places on-board are the ‚Royal Theatre‘ at the bow, as well as the ‚Two 70‘, a multi-media experience space at the stern. The ‚Royal Theatre‘, which accommodates up to 1,300 spectators, boasts 25 computer-steered drives in the smallest of spaces available.

Despite only extremely limited space being available, we were able to mount six scissor-style platforms on the main-stage and a three-part orchestra stage in the ‚Royal Theatre‘. These are flanked by six independently movable stage waggon systems.

And at first sight the ‚Two 70‘ looks like a chill-lounge with catering and a legendary 270° view of the sea, but in a mere instant it turns into a multi-media show- and adventure room. The huge panoramic glass front is darkened and a seamlessly projected panorama leads the spectator into another world.

A massive robotic arm made by Waagner-Biro Stage Systems on which one can see six high-definition video panels dancing, is then silently lowered from the ceiling. In the foreground a ring podium with secondary platform rises and turns from the dance floor. Lateral runway-lifts and big oval lifts on the left and the right hand side complement the stage together with three actor‘s lifts positioned around the room, which makes it possible to let actors appear from the floor amidst the audience. In addition, 4 trap doors are installed in the ceiling.

Waagner-Biro Stage Systems thus won over Meyer Werft as well as the shipping line Royal Caribbean International, both in terms of performance and the quality of its work.