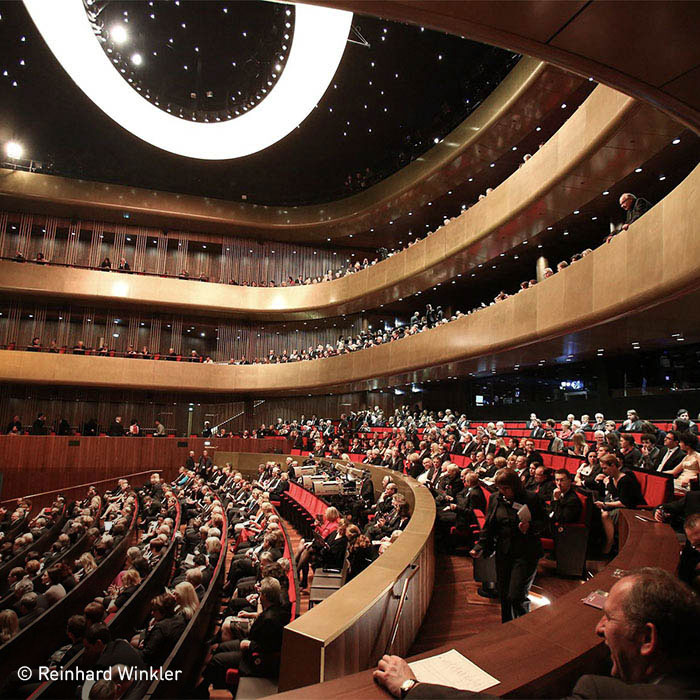 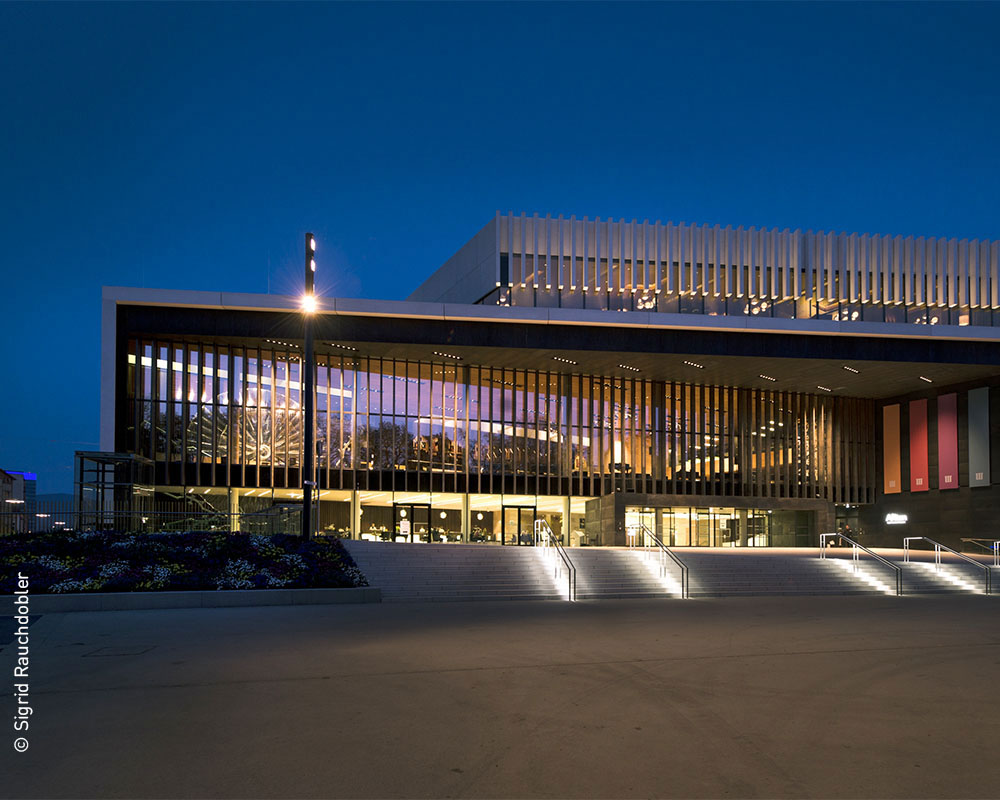 The revolving stage in the Music Theatre in Linz measures 32 metres in diameter. This makes it one of the largest in the world and the centrepiece of the newly built cultural monument. Three double-deck main stage lifts with inclinable secondary decks and a smaller revolving stage for performance purposes are integrated into the overall steel construction.

Built-in flaps allow for appearances and scenery changes to be performed with the help of steps or trap doors.

The upper stage machinery includes forty-three 500 kg hoists and eight 1,000 kg hoists. The entire project, conceived by architect Terry Pawson was, and is, very ambitious. The concept behind the stage equipment makes it possible for multiple scenes to be built simultaneously on the main stage – as well as facilitating quick and effective scene changes.