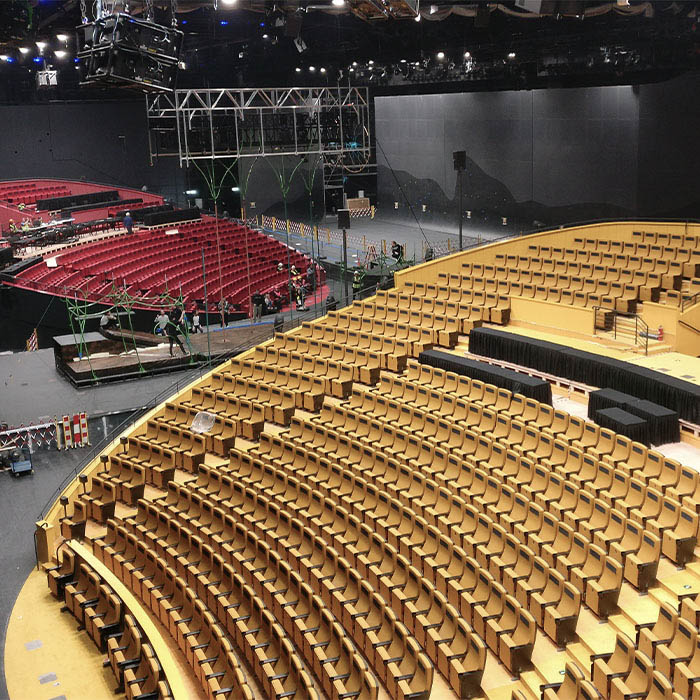 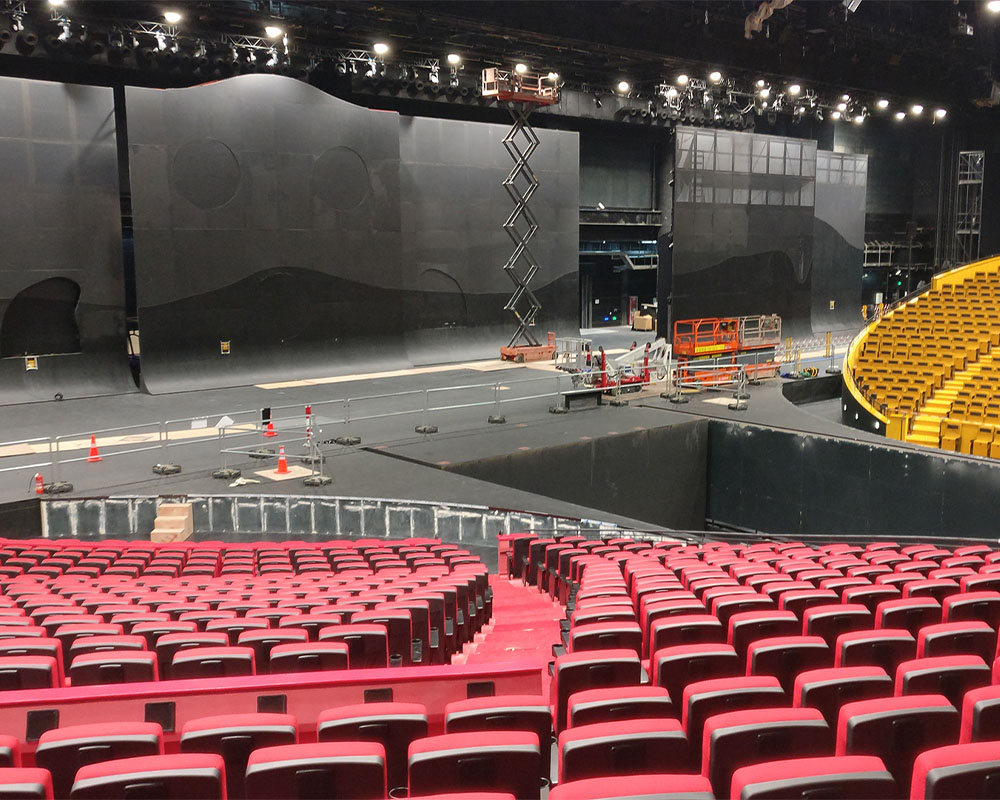 The theater, in a renovated factory on the outskirt of the city, was built by Hangzhou Xintiandi Group, a privately owned developer of tourism and cultural projects across China.

For Cirque du Soleil its first resident show in China in partnership with Hangzhou Xintiandi Group called X: 绮幻之境 (The Land of Fantasy).

Built to host nearly 1,500 spectators, the show theatre is divided in two sets of intimate revolving seating wagons, placing the audience at the very center of the story and allowing two viewing experiences. This unique 360-degree perspective opens a new world of creative possibilities to tell the story and provides a truly captivating experience for the spectators who follow the action from their seats.

Waagner-Biro Stage Systems delivered and installed 2 identical wagons that can move linearly, independently of one another, on a rail system. The two wagons each run on 20 separately driven bogies. On the wagons, there is a turntable with a seating stand, which provides space for about 721 spectators (23 rows). The area of one seating wagon is 814 m² and has a speed of max 0.61 m/s.
The grand opening was celebrated on August 10th, 2019.