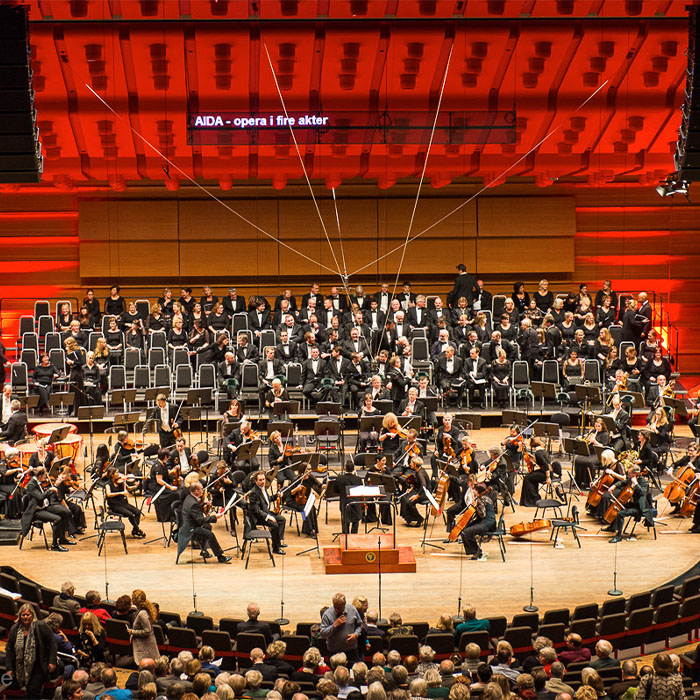 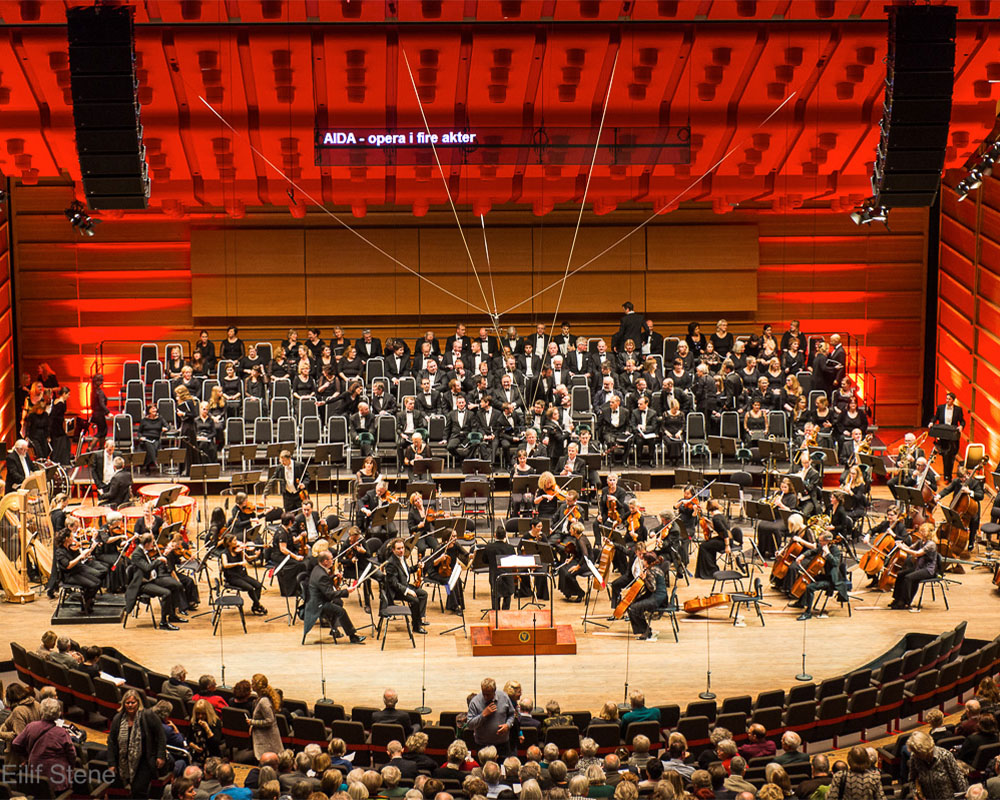 Grieghallen in Bergen was built in the mid-1970s and is one of the most active concert halls in Scandinavia. Its piano-inspired architecture makes it one of Bergen’s most outstanding landmarks.

The refurbishment – done during the summer break in 2014 – included the refurbishment of the entire upper stage machinery and the stage control system with over 50 drives as well as the grid, portal area and proscenium.

Furthermore, 4 new stage platforms were installed in the Peer Gynt Salen and integrated in the C⋅A⋅T control system.

The system was delivered and handed over on time, it is user-friendlier, more flexible, designed for higher loads and easier to maintain. The C⋅A⋅T control system not only allows programming complicated shows within a short time, the system also offers many possibilities of remote maintenance and inspection. Possible malfunctions can be recognized at an early stage online and can be repaired within the shortest possible period of time.

The opening of the anniversary season was held on 16th of October 2014 in the renovated concert hall in the presence of the Norwegian Minister of Culture.