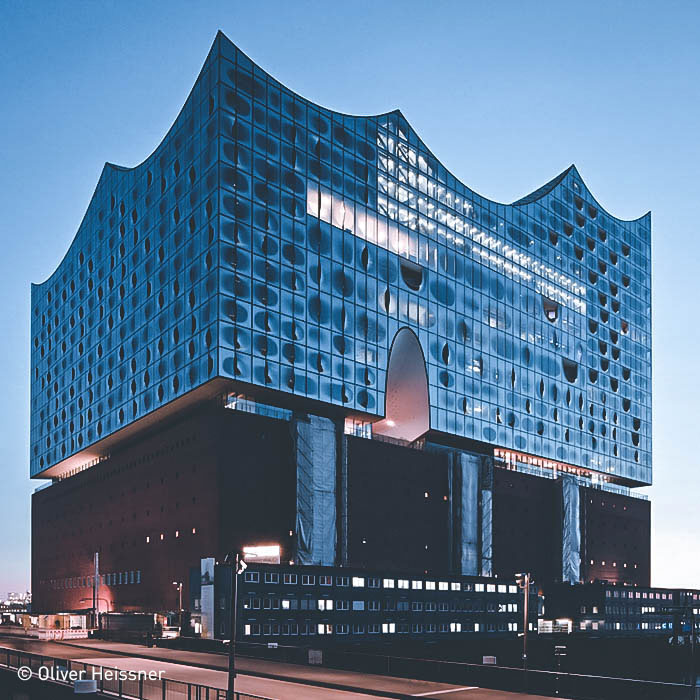 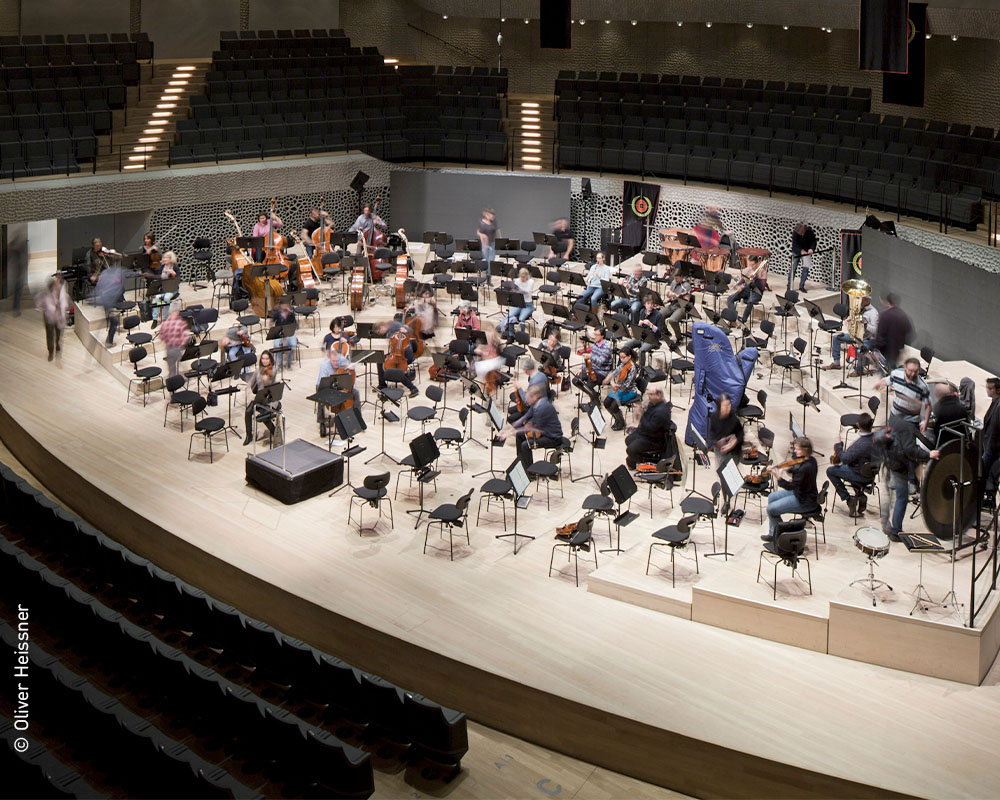 At the heart of the Elbphilharmonie is one of the most exciting architectural challenges in Europe: a world-class concert hall with 2,150 seats at a height of 50 m above the Elbe. Then there is a smaller concert hall for up to 550 visitors and the Kai Studio for about 170 visitors.

The client’s specified goal was to build one of the best concert halls in the world. The Elbe Philharmonic Hall should join the ranks of world-famous homes to the performing arts like the Golden Hall of Vienna’s Musikverein, the Berlin Philharmonie Concert Hall and the Concertgebouw in Amsterdam.

Waagner-Biro Stage Systems supplied the complete upper and lower stage machinery for the main and the smaller concert halls, a highly-modern C⋅A⋅T control system and has been also responsible for the system’s installation. A particularly elegant touch: the elaborately decorated ceiling has openings for the chain, scenery and microphone hoists. These can be closed when the machinery is not in use which means that, not only the look of the ceiling is perfect, but so are the hall’s acoustics.