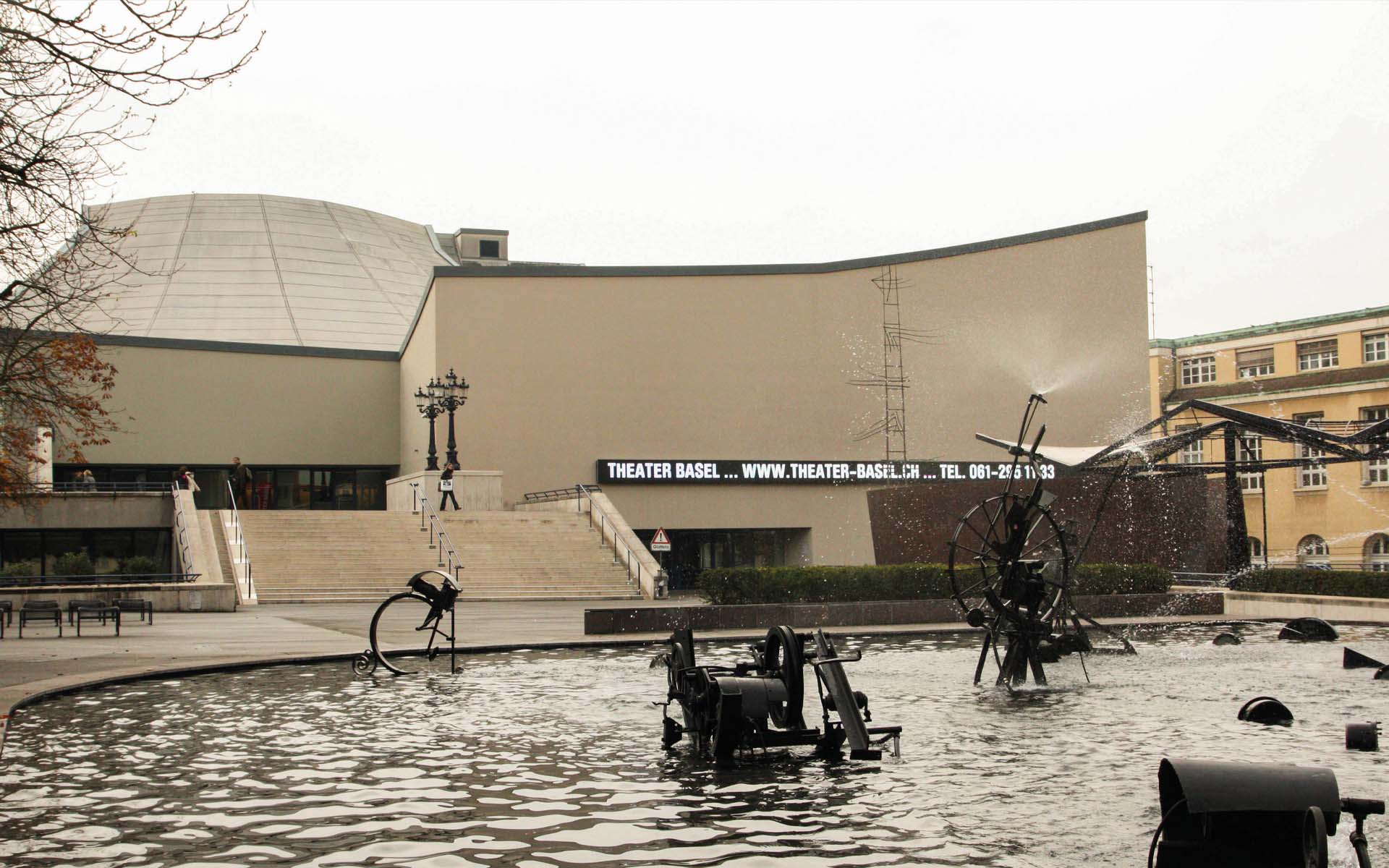 Renovations always bring many surprises and unforeseen situations. You must be very flexible and be able to react quickly to the circumstances. In the case of the Theater Basel, there were fundamental changes to the plan during the renovation, which had to be implemented as quickly as possible in order not to jeopardize the reopening.

We interviewed the technical director and stage electrics manager on how they fared during the renovation:

Joachim Scholz, Technical Director, Theater Basel
My name is Joachim Scholz I have been the Technical Director at the Theater Basel for 15 years, managing the biggest multi-artistic theatre in Switzerland. Altogether the theatre consists of 3 stages in two different buildings. I believe this to be one of the best theatres at least on the European continent both artistically, as well as technically.

In 2010 we completed a new revolving stage wagon. 2012 the “Kleine Bühne” was renovated. In 2014 we renewed the drives in the “Schauspielhaus” and also the control system. And in 2015 we started renovating the upper stage machinery of the “Grosse Bühne” which we completed in 2016 and then replaced the rear stage hoists.

Stefan Möller, Chief Stage-Electrician, Theater Basel
Whatever a stage can have, the “Grosse Bühne” has it: lower stage machinery, upper stage machinery mobile proscenium,… Quite a number of axes…

The biggest part was the upper stage machinery the grid: All machines out everything old out 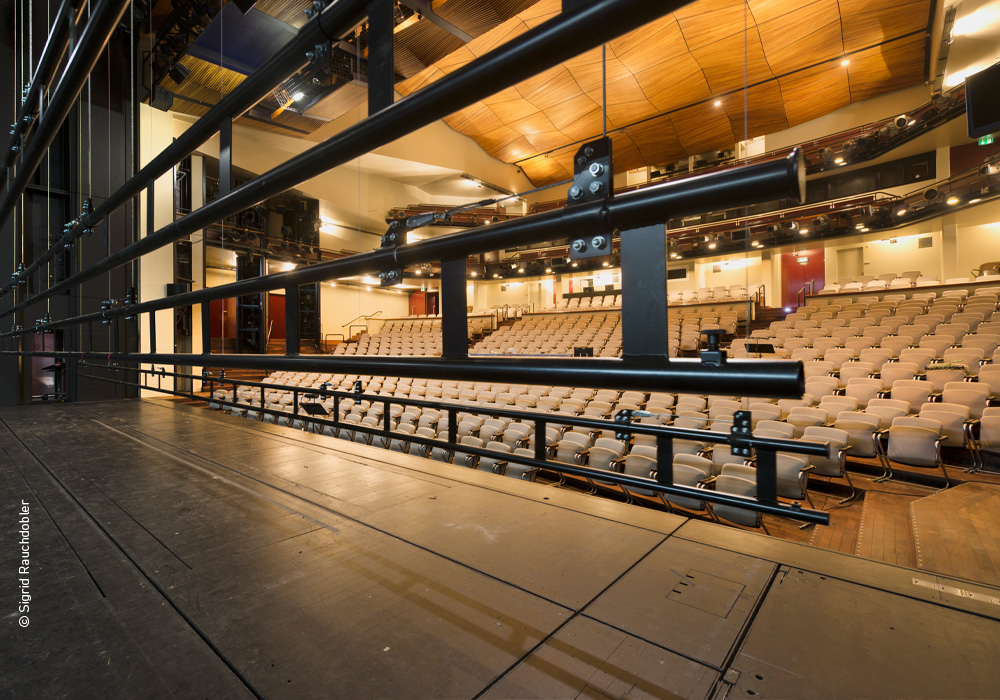 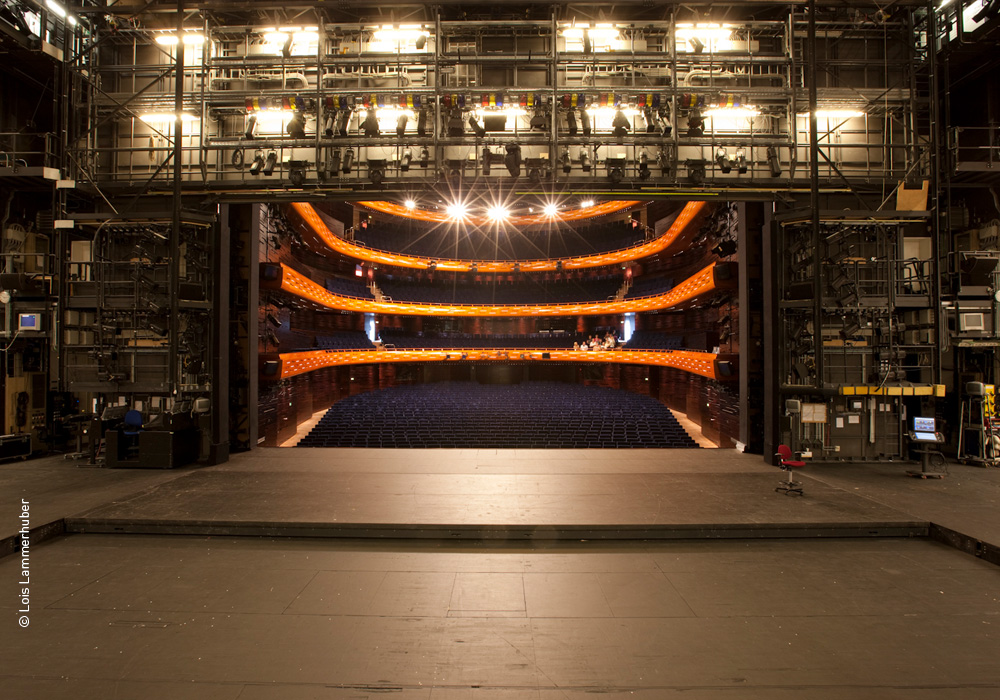 Joachim Scholz
For a Technical Director it’s a bit like going through hell because you start…and meet difficulties then there are delays but operating the theatre comes first the next premiere has to happen and the curtain has to rise, and no-one should notice.

This is the biggest challenge.

Josef Ulzer, Project Manager, Waagner-Biro Stage Systems
In March or April, we received the order. The disassembly of the old machinery, however, started in June already. That meant we really only had a very small timeframe to complete the entire design for the mechanical and electrical design and to coordinate everything.

One benefit certainly was that the entire tender was awarded to Waagner-Biro Stage Systems. The control system the electrical system as well as the mechanics with an experienced project lead.

I think that has always been special here. And that is why Waagner-Biro Stage Systems had fun working here. That is why this became a great stage.

The consultants and I had an idea and wrote it down in the tender. Then Waagner-Biro Stage Systems shared a different idea: We could do it this way. What do you think it?

During the construction we decided to completely replace the mobile point hoists and to rebuild the entire grid. 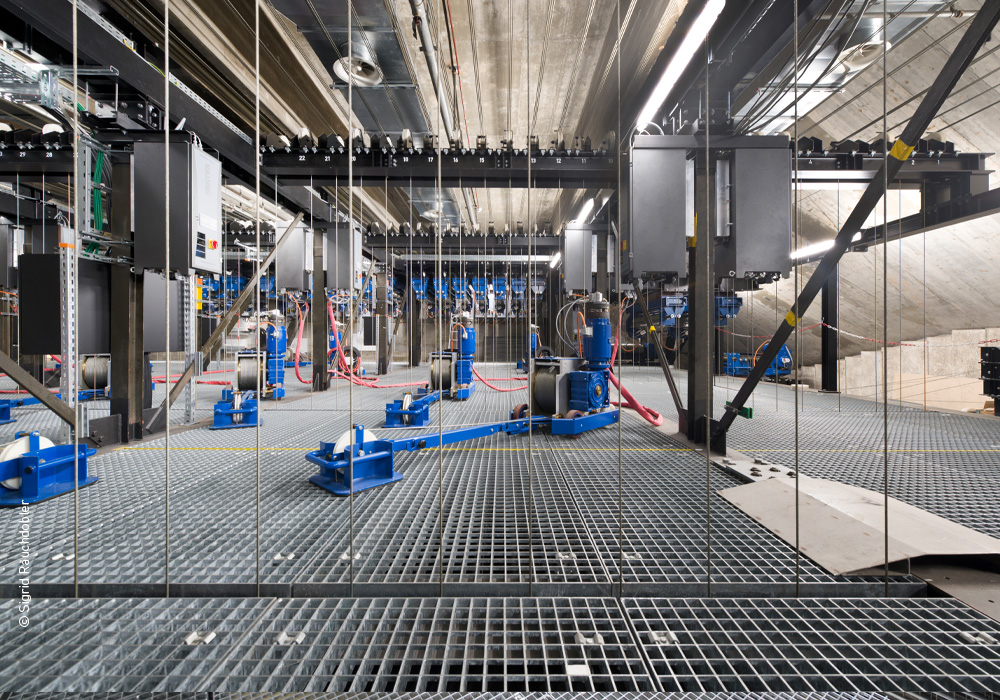 Josef Ulzer
The roof trusses of the roof structure of this entire building are limited. So from the very first day we had been in contact with the local structural engineer.

Stefan Möller
The entire structure had to be calculated again. Does the building hold the weight of the new upper stage machinery? So that meant strengthening all the girders adding new iron girders the gridiron, on which we stand, is new as well.

So are all the structural mounts for the UNICORNs for the machines – all of that needed to be prepared. When I think of all the glitches and failures, we had in the past that has changed completely now.

Sure, in the beginning there had been some issues. Because during the commissioning you have to get accustomed to the new stage.

Joachim Scholz
Let’s not pretend I know of no stage that ran without errors upon commissioning. That stage does not exist. Only if you have another 6 months for commissioning it.

If you decide to renovate while running the theater, you have to plan for this. When something goes wrong you need a reliable partner who is here at once to see that things work.

Stefan Möller
They don’t let you down. Today I can say the stage operates without disruptions.

Josef Ulzer
There is really a lot of technology here a lot of possibilities for the stage crew to work here.

Joachim Scholz
Truly, every new season we did things on the stage that wouldn’t have been possible half a year earlier.

Stefan Möller
Looking at that this really is a Rolls Royce we have here.