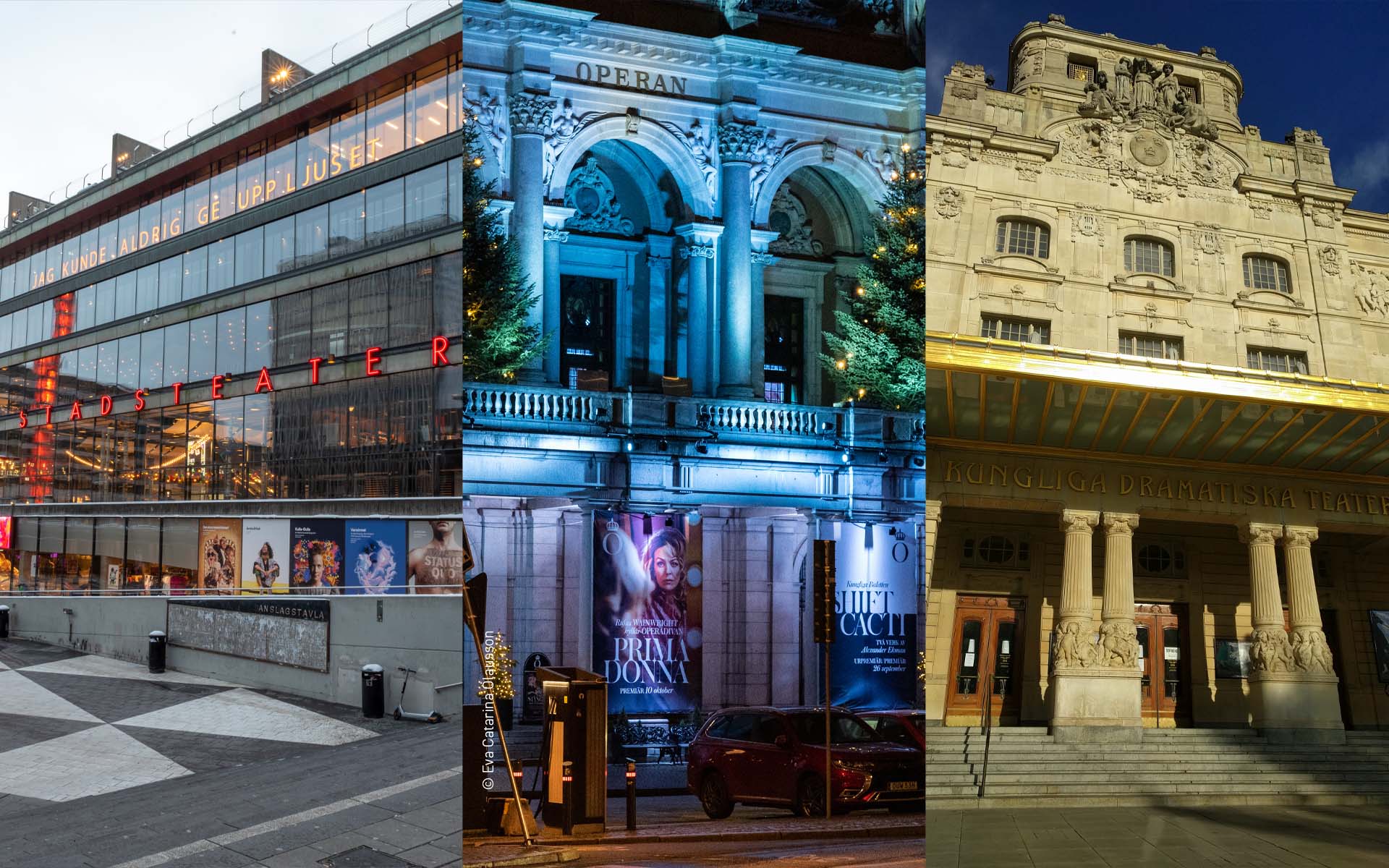 Sometimes unexpected things just change everything! In October 2019 Waagner-Biro Stage Systems received several invitations to participate in new tender processes unexpectedly. Three venues in Stockholm faced almost the same problems with their planned renovation of stage machinery due to the bankruptcy of their contracted company.

The main key players of these three venues as well as the project manager of Waagner-Biro Stage Systems tell us the story behind.

Martin Rossmann, Project Manager, Waagner-Biro Stage Systems
We are currently at The Royal Swedish Opera situated in the city center of Stockholm. That was just one of the projects we were working at here in Stockholm. Just a walk away from each other we find the Stadsteatern Kulturhuset as well The Royal Dramatic Theatre.

Jonas Collsiöö, Technical Director, Royal Swedish Opera
The Opera as an institution was established at the end of the 17th century. We are actually celebrating 250 years in 2023. We had a very long procurement process during 2016 and 2017, ended up with a company who we started to work with 2017 and 2018.

Dina Östergren, Technical Director, Stadsteatern Kulturhuset
The stage machinery here at Stadsteatern was installed at the beginning of the 90s. When we stopped before the renovation, we had four different [control] systems, so it was quite apparent that we needed to do a change for this.

Fredrik Österholm, Technical Director, Royal Dramatic Theatre
I think every theatre thinks about renewing all equipment whenever it’s possible at least the technicians think so but the reason for this one was based on safety aspects, mostly. The structure of the building couldn’t really manage the modern machinery we had. The other reason was that the actual machinery needed to be updated in accordance to modern safety regulations.

Dina Östergren
What happened was that the first contract we had that company did a very fine job with taking out the machinery and the steel construction. Everything was gone.

Anders Brodén, Head of Stage, Stadsteatern Kulturhuset
This was more or less just a hole because they took out 220 tons of steel and then left it.

Jonas Collsiöö
The company we worked with went into a bankruptcy. Saying it now it was both a disaster but also of course an opportunity for us.

Fredrik Österholm
We started a procurement process and luckily, we ended up with Waagner-Biro Stage Systems as the main supplier for the rest of the project. 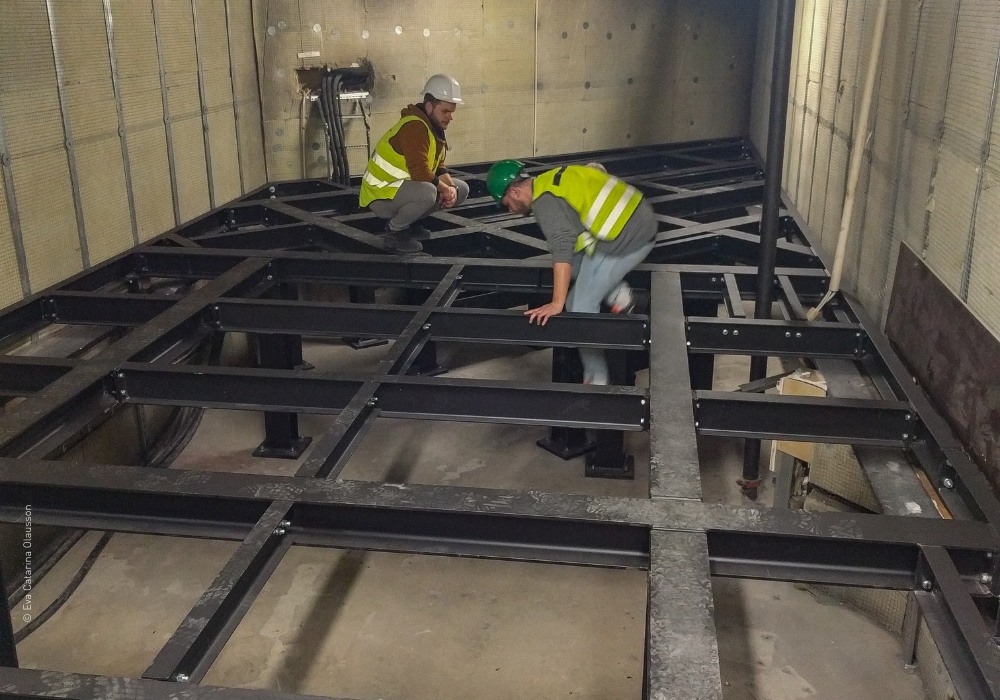 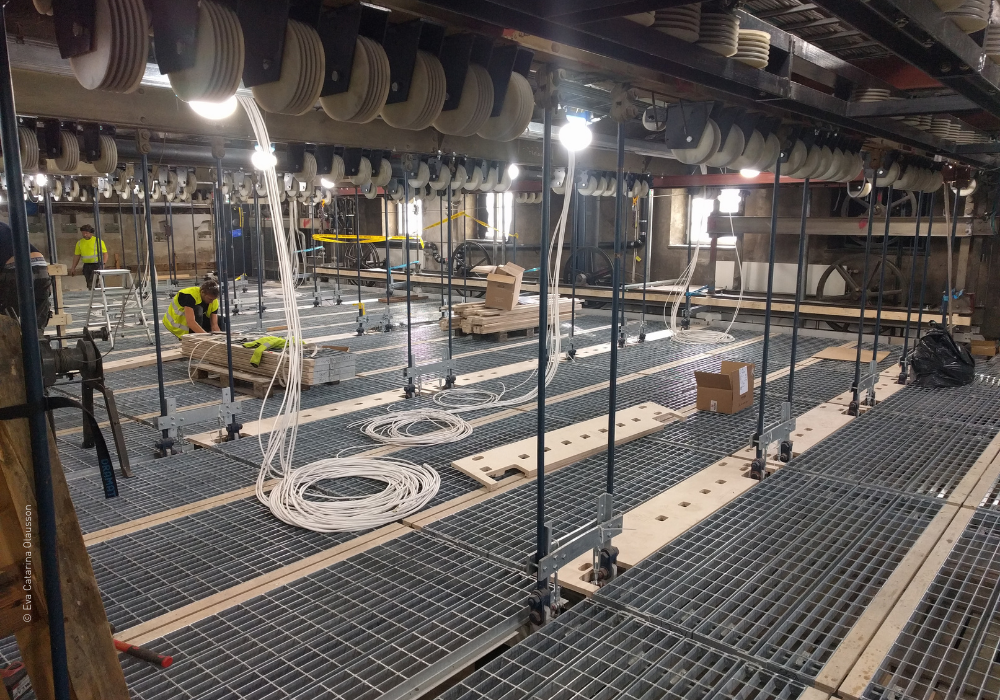 Martin Rossmann
All three projects were definitely fast track projects, so the time from the award to the handover in the end was for the Kulturhuset where we delivered all the machinery it was just a 10-month period, for the complete control system integration like here in the Royal Opera it was just a 7-month period. So we had to start very immediately with a site investigation, simply to understand the current status of all these three projects which was important to me as a project manager to create this awareness with our subcontractors and the client that we all have to work with full attention on this project simply to make such a timeline happen.

Fredrik Österholm
The good thing with Waagner-Biro Stage Systems is that from the start we faced a company where structure is everything.

Dina Östergren
For me the Waagner-Biro Stage System that stands for sort of a security.

Fredrik Österholm
You always know what you get and the project management is very predictable and easy to cope with.

Jonas Collsiöö
Waagner-Biro Stage Systems is one of the market leaders I would say definitely in Europe maybe globally as well. 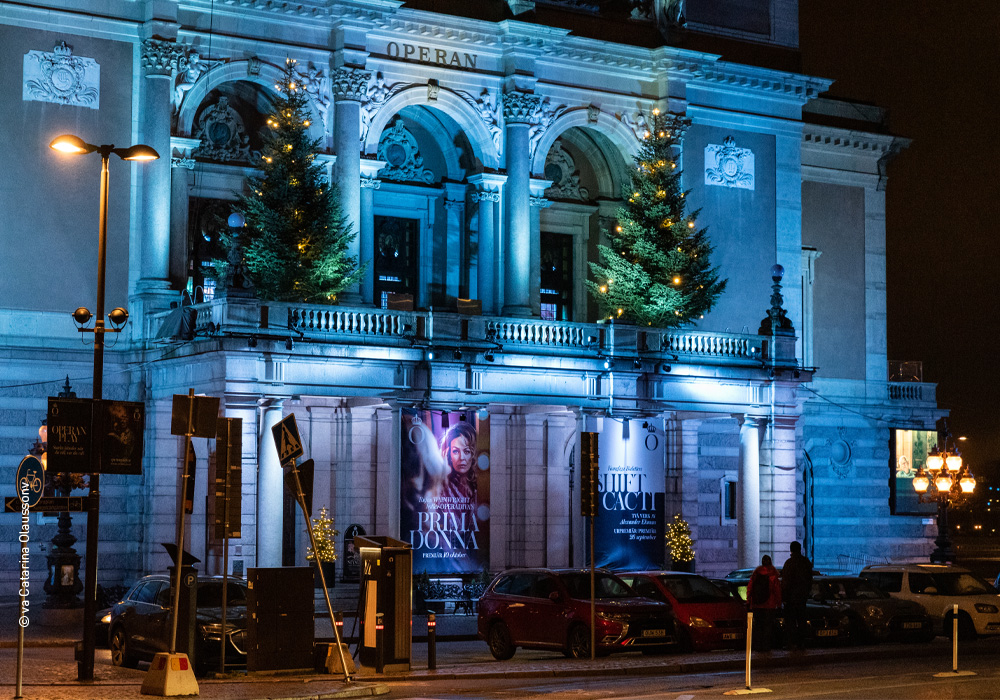 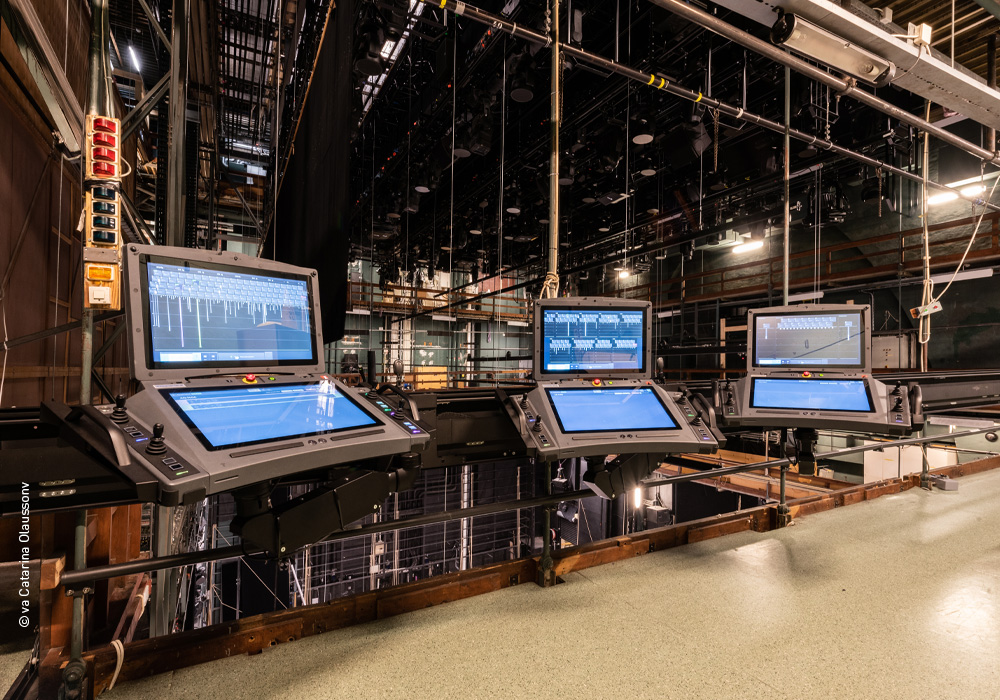 Dina Östergren
It has a volume that you can take care of situations that are exceptional, actually.

Anders Brodén
When I sit here now it’s kind of unbelievable that we made it but much due to the efforts from us and from Waagner-Biro Stage Systems we did it and I’m very happy about it. Everything now is running smoothly and we have done a number of productions since. 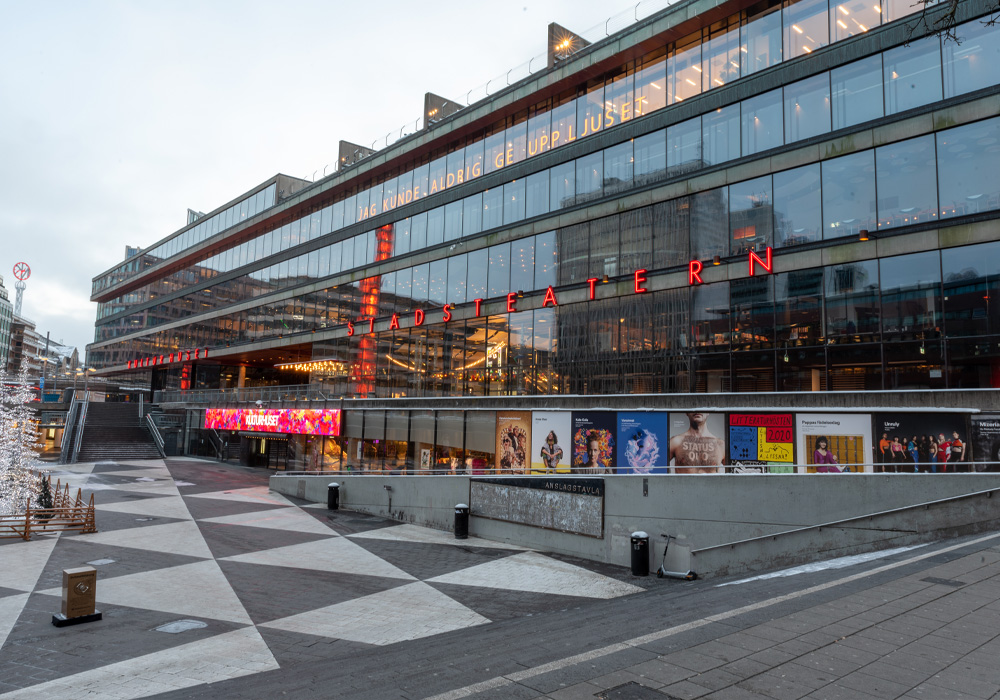 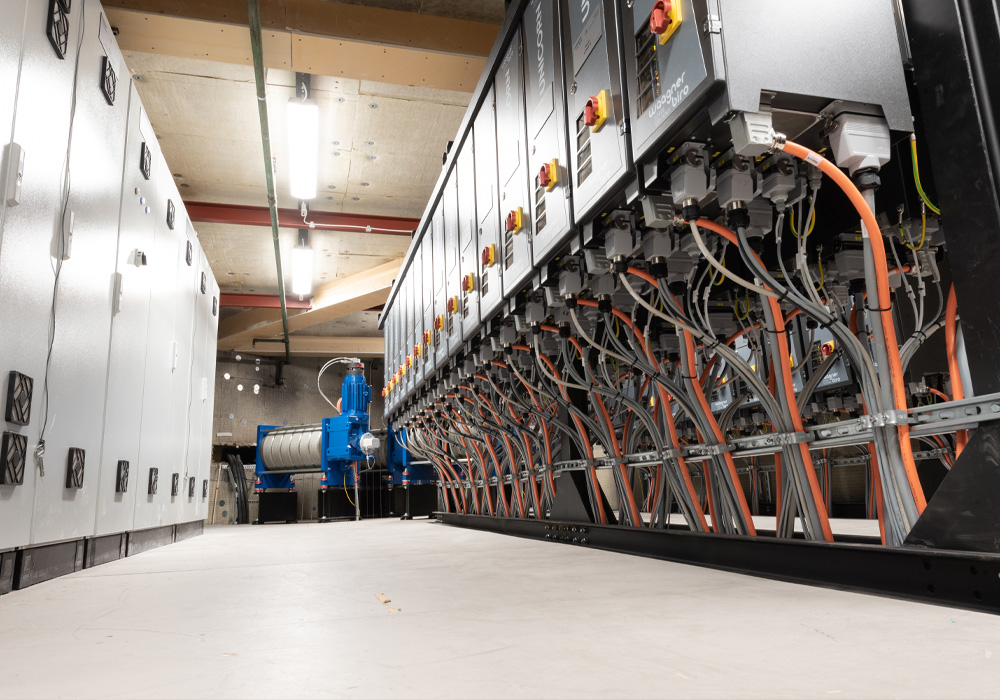 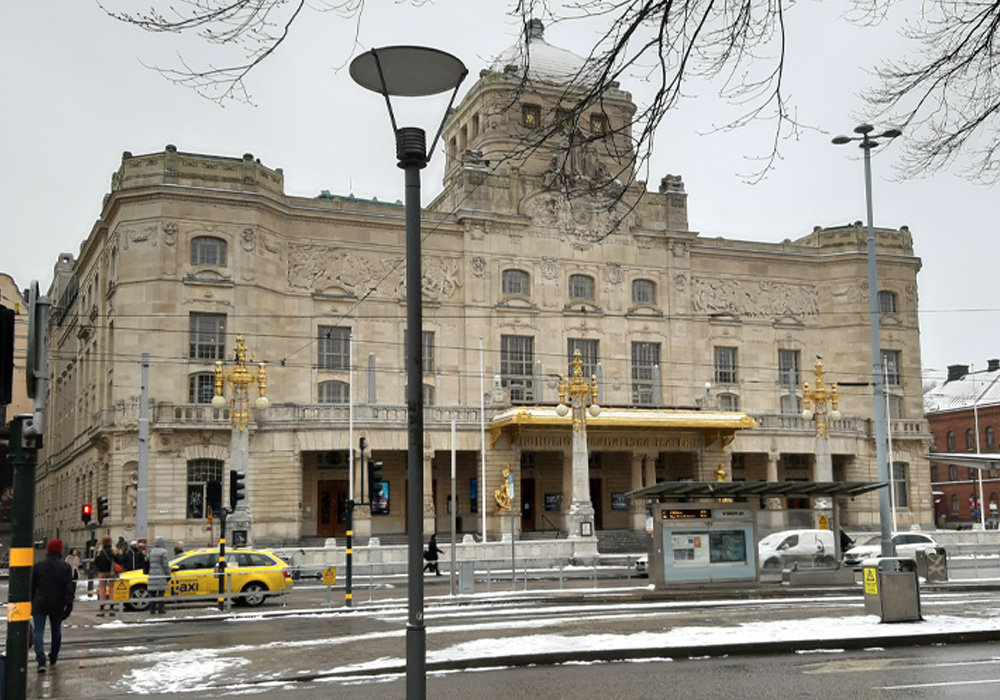 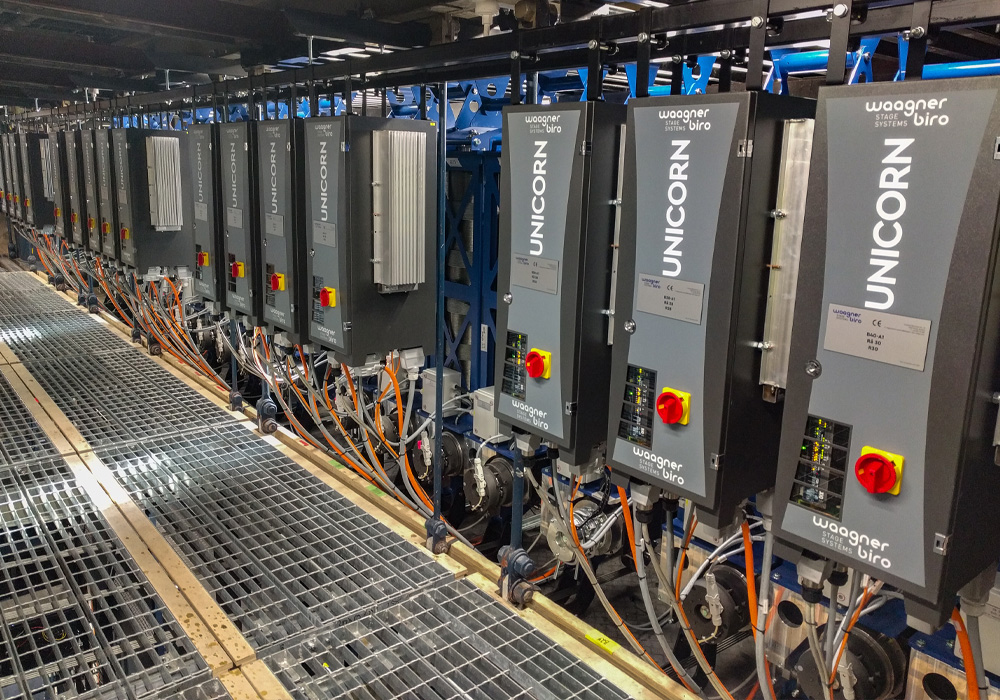 Dina Östergren
But it’s also meant a lot for the technicians they have something real to work with so they can develop their skills and I think that is one of best things that you can have people that became experts in this role as an operator.

But also in your shows there are much more options for you how to program and to use for the imagination of the performance.

Martin Rossmann
Now only the imagination is the only limiting thing.