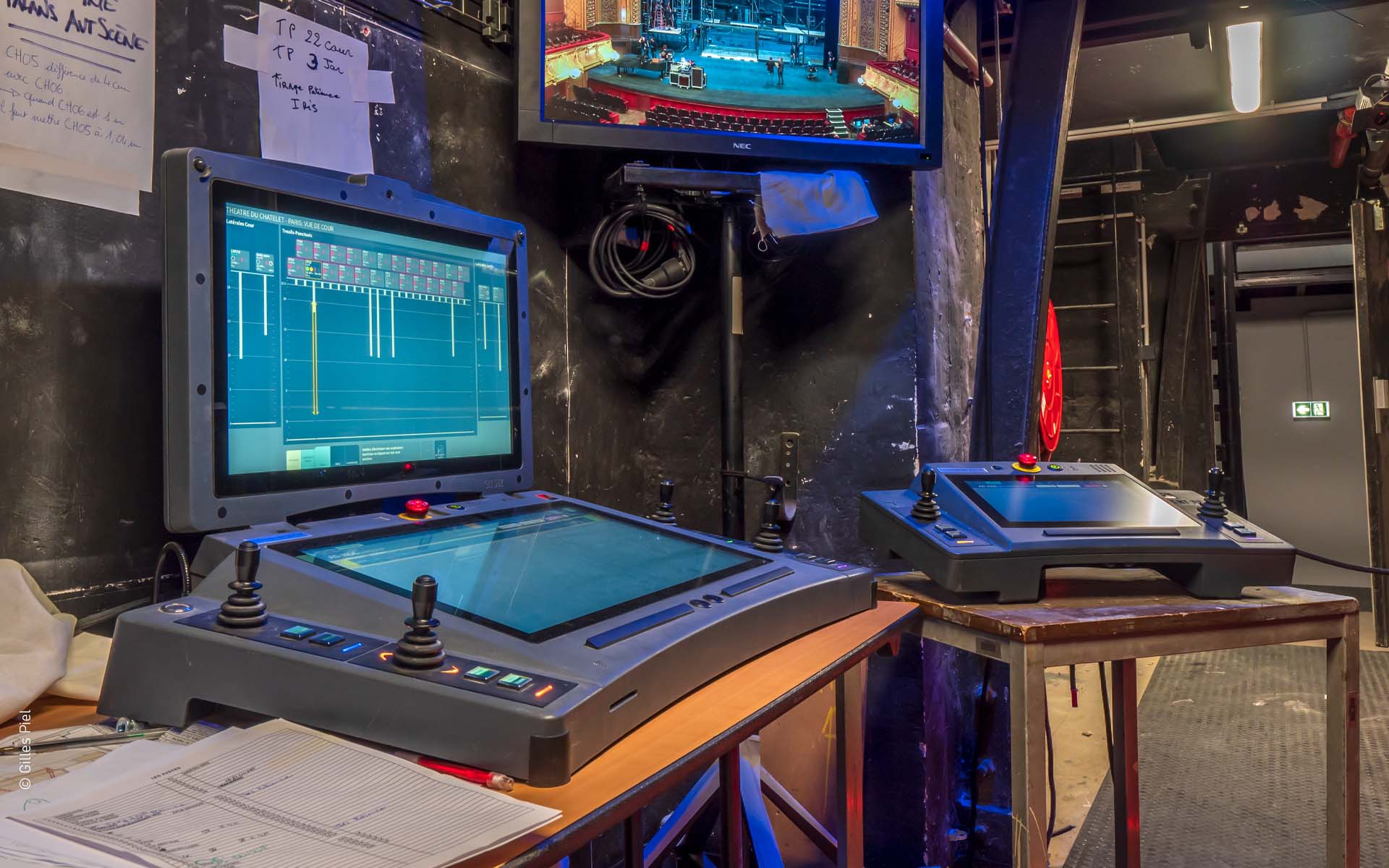 Waagner-Biro Stage Systems shapes its tools in a way that integrate the users and creates a unique user experience.

As an operator of stage technology, you have to be able to concentrate on the essential things in order not to endanger the safety of the actors. The more intuitive the user interface of the control system, the better you can concentrate on the actual work.

In 2019, the second phase of renovation took place in the Théâtre du Châtelet, during which the entire control system was replaced. In contrast to the old control, where you had the feeling of working with several Excel spreadsheets, the new C⋅A⋅T V5 control is easy to use and handle.

The head of the machinery and an operator explain what it’s like to work with the new control and Waagner-Biro Stage Systems.

So in 2019, the second work phase allowed us to change the control system and move to a higher level of safety and flexibility and also an easier and more comprehensible interface.

It’s true that it could be scary to start with something new especially when it comes to IT, things that are very obscure for operators like me who are not computer scientists or engineers. But right from the start we had a very potent tool.

Frédéric Picard
The Théâtre du Châtelet consists of 59 flybars, 30 chain hoists backstage, 6 chain hoists, 2 line shaft hoists, orchestra elevators, surtitle screen that are controlled from C⋅A⋅T V5 – that’s a lot of axes.
We are one of the largest Italian-style theatres in Paris and we perform exclusively musical theater.

Klaus-Peter Roth, Project Manager, Waagner-Biro Stage Systems
The productions that they play are quite sophisticated they have huge needs on the machinery and on the control system for scenic movements. It is quite common that there are many many cues following each other at very short times and I think this is quite demanding.
So the control system needs to provide a tool which is easy to handle and – on the other hand – reliable. 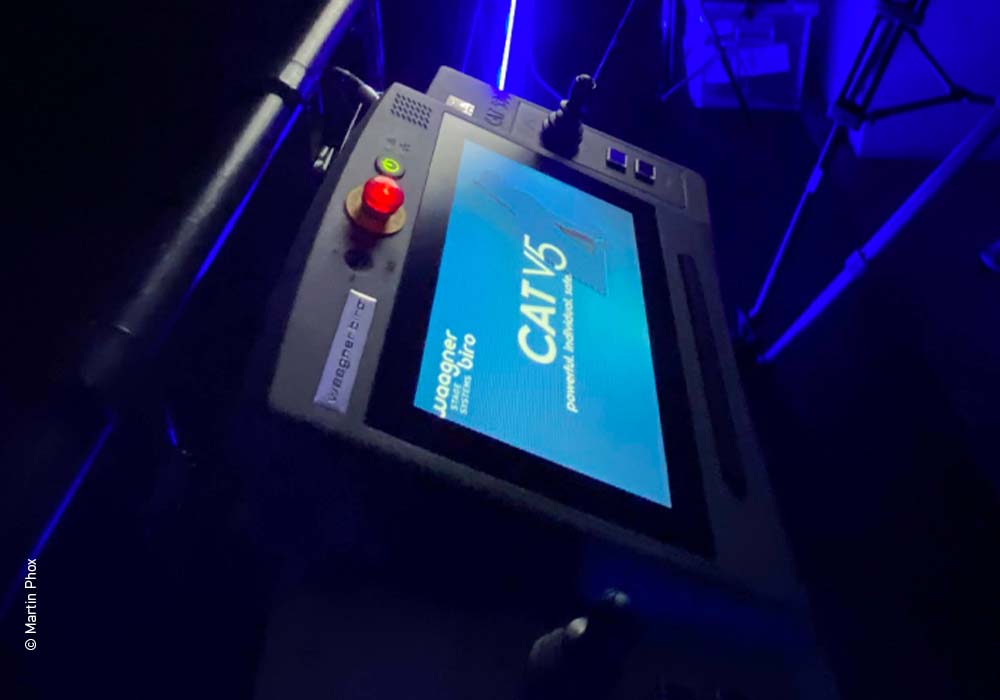 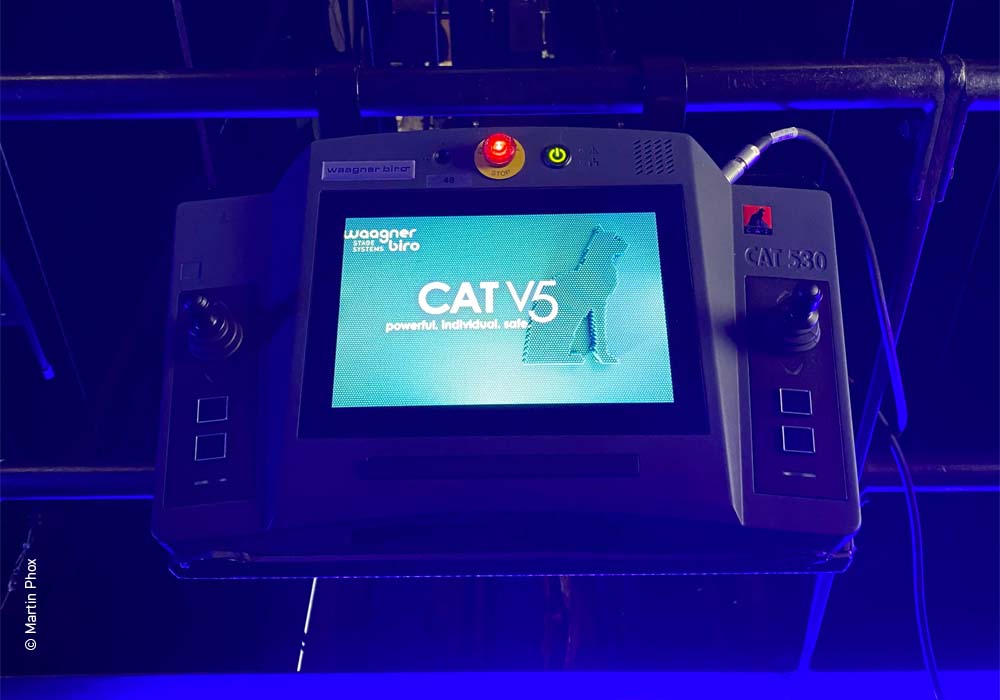 Romain Lejbowicz:
My first impression when I saw the C⋅A⋅T V5 compared to our previous system – which gave the impression of being in front of several Excel sheets – the first impression was: wow it’s super simple it is easy to maneuver and handle.

Klaus-Peter Roth:
To make this kind of productions possible the control system needs to be quite intuitive.

Romain Lejbowicz
Now we all have smartphones with applications that all work more or less the same. And C⋅A⋅T V5 works the same way: with colours, clear presentation, and clear information.

Klaus-Peter Roth
The system should guide the operator to the next steps, so that he can focus on the safety related part checking if the stage is clear if the movement is allowed to run instead of fiddling around with his own console with the user interface on the desk.

Romain Lejbowicz
As an operator, the safety system of C⋅A⋅T V5 allows me to work with more peace of mind and therefore better focus on our work. With Waagner-Biro Stage Systems we immediately formed a relationship.

Frédéric Picard
Waagner-Biro Stage Systems speaks French. When anyone can call the engineers and they understand the request there won’t be any language barrier. What I appreciate most about Waagner-Biro Stage is having an engineer at my disposal, and knowing they will always respond, no matter what happens.

To me, this is the most valuable thing a company can provide. 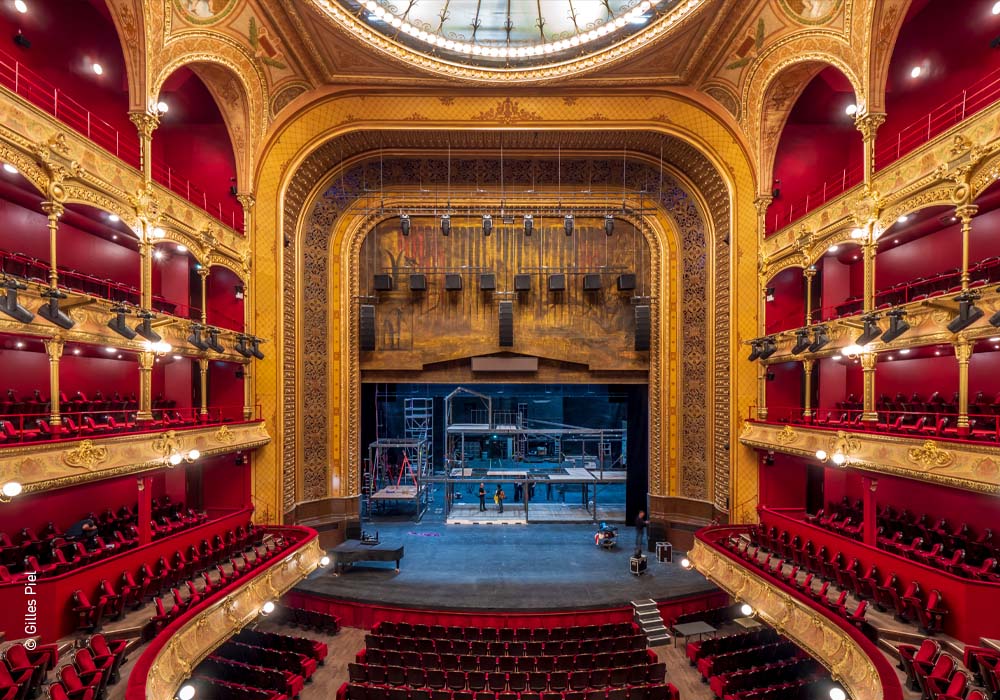 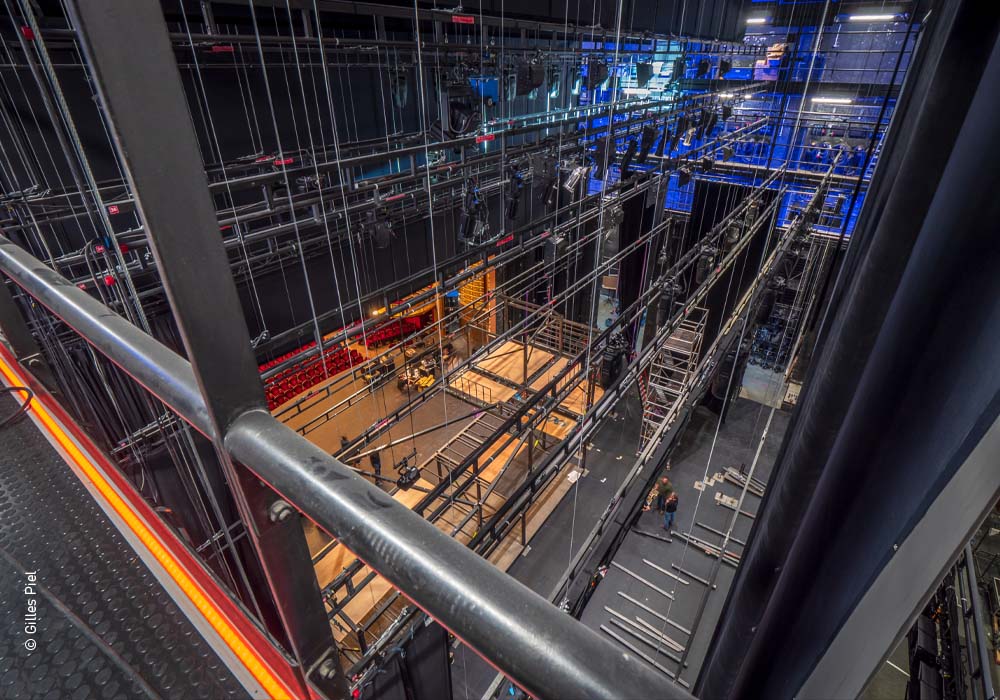 Klaus-Peter Roth
One thing that we were aware of from preceding generations of the C⋅A⋅T system is how much it is helpful to have feedback from the people that really work with the system.
So the operators sometimes invent a use of the system which has not shown up in any use case that we planned so far.

Romain Lejbowicz
Obviously, we were their client but this quickly turned into a partnership, because Waagner-Biro Stage creates an IT tool dedicated to our professions but they do it in a way that integrates us, the users.

And that I find really interesting because that gives confidence for future development. They could have been content with creating a basic tool and selling it to people like me. In fact, that’s what a lot of their competitors are doing. But the fact that they include us in their development approach

and creating this connection clearly demonstrates their vision for C⋅A⋅T V5 to last over time and to evolve their devices, to always remain attentive to the operator and to be able to evolve the functionalities not only according to the technology, but also regarding the professional who uses it.