A living room for culture

National Kaohsiung Center for the Arts 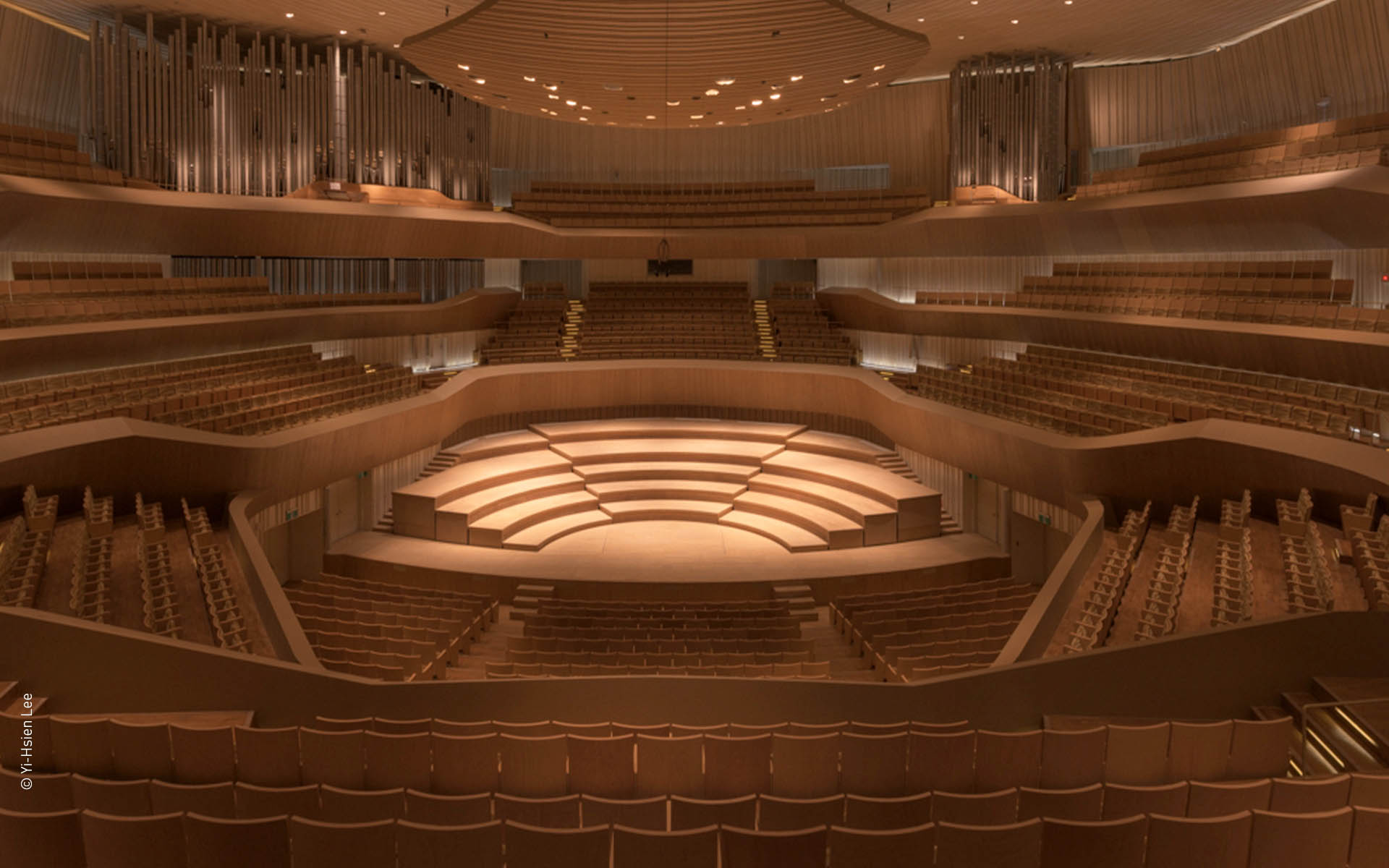 While reading the headline of the New York Times Article, ‘In Taiwan, an invitation to a living room for culture’, we thought ‘Yes, exactly. It is exactly like that.’

The National Kaohsiung Center for the Arts is not only the world’s largest cultural center under one roof – it’s much more. It offers not only room for indoor culture, but also for outdoor theatre, concerts, cinema. A building, a park that invite you to use the newly created cultural space in a variety of ways. Whether concertgoers, common yoga in front of the stage door, dance classes, people who use the steps of the amphitheater to stay, views, sunbathing or sunset view, the cultural center is open to all. It also offers many corners that encourage selfies. It is a house that invites you to use it in whatever form.

We are pleased that the culture initiative writes a success story in Kaohsiung.

The Taiwanese government had once initiated a program with an investment of approximately 40 billion NTD and set itself the goal of boosting the performing arts industry. Not only in the capital Taipei, but all over the country.

The National Kaohsiung Center for Art and Culture today symbolizes the transformation of Kaohsiung from a major international port city into a modern, diverse, culturally rich city. With over 6,000 seats, an opera house, a theater, a concert hall, a huge open-air area, a library and more than 1,000 m2 rehearsal and classrooms for music and dance, and two lecture halls, the center can call itself the world’s largest cultural center under one roof. The architecture of the building is inspired by the local Banyan tree and the city’s shipbuilding. 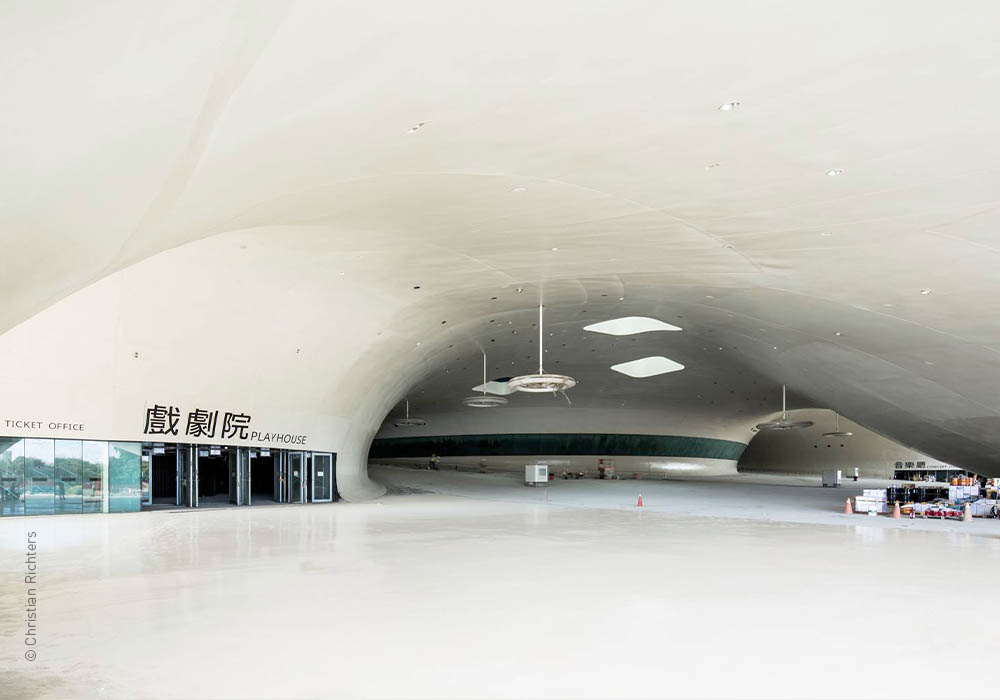 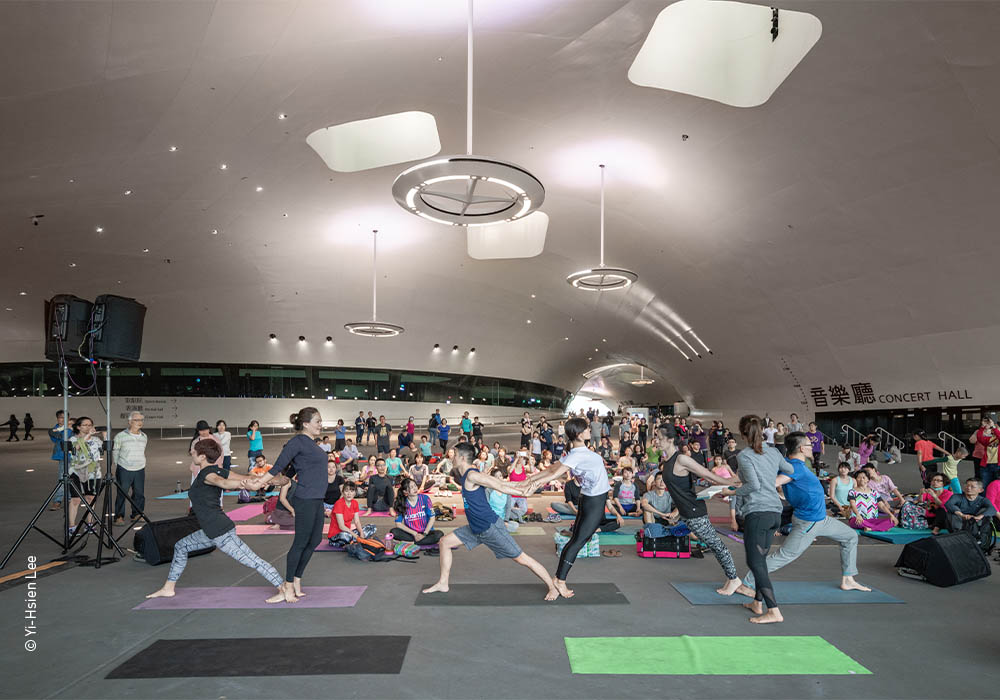 The protective treetop became the Banyan Plaza. A place where everyone is welcome and which is open to the public. The residents can go for a walk at any time, practice tai chi or simply enjoy being.

To be prepared for all types of opera and theater, the opera house is equipped with 5 elevating platforms with a traverse of 19 meters, 10 stage wagons á 16 x 3 m, with a turntable wagon and an upper machinery with about 100 hoists. The orchestra pit can also be moved at will. No matter whether traditional European opera performances or productions in the style of Chinese opera, with the orchestra arranged on the side – there is nothing standing in the way of this.

The playhouse is equipped with about 80 hoists in the upper stage machinery and can accommodate 1,250 spectators. The concert hall is designed in “Vineyard Style” and equipped with 16 orchestra podiums and a 30-ton acoustic sail.

In cooperation with a local partner Waagner-Biro Stage Systems supplied the entire stage machinery with a total of 600 drives, which are integrated into the Waagner-Biro C⋅A⋅T control system.

The long-awaited grand opening was duly celebrated at the end of October 2018:

And if you want to learn even more about the National Kaohsiung Center for the Arts and its importance for Taiwan´s culture, we recommend you to watch this very interesting National Geographic documentary:

Back to Stage Stories